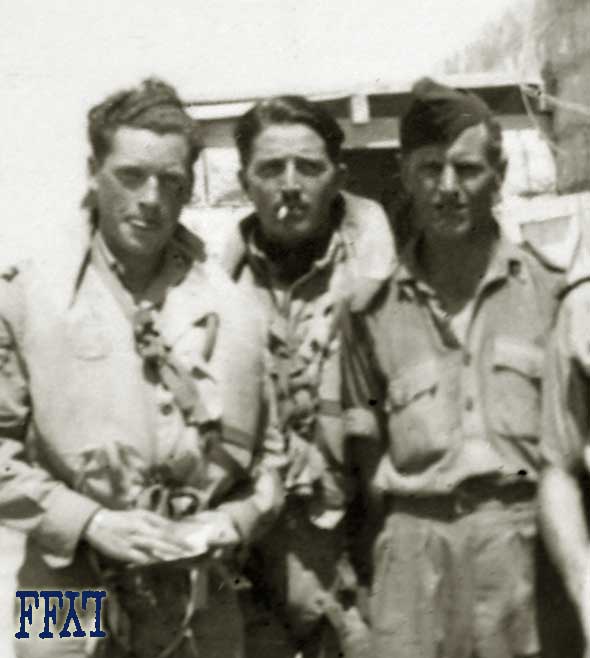 < = expand >
This pilot flew Spitfire fighter aircraft for the RCAF / RAF (60% of all RCAF personnel served in RAF units at some point) in WWII, this record has come from the database of Mr. Halliday, a Canadian military historian.

This Pilot's entry: cause of death was kia, burial location France, pilot was married, the Commonwealth War Graves Commission (www.cwgc.org) may have more information on family.

Information below from 'Those Other Eagles' by Christopher Shores, unless otherwise stated:

Service No: CAN/J.15362
Although born in USA, home was Shelburne, Nova Scotia

Commissioned on 28 April 1942
Flew off HMS Eagle to Malta on 15 July 1942 and joined 249 Sqn.
P/O Moody was flying EP136 on date stated below when aircraft was damaged and force landed at Ta Kali.
(Ref: 'Sniper of the Skies: The Story of George Frederick 'Screwball' Beurling, DSO, DFC, DFM* by Nick Thomas)

Whilst flying EP136 on date stated below shot down a Ju88, before being shot down in same on next 'sortie'.

Moody was awarded the DFC as a Flying Officer whilst serving with 610 Sqn.
The announcement appearing in the London Gazette on 25th January 1944


If a user conducts research on this pilot and can fill in this pilot's biography further by adding an image or links, clicking edit, or, visiting the National Archives of Canada to request a service record, they may add to this page. If a user would prefer allspitfirepilots.org to make this request on their behalf, please use the contact us at the bottom of this page.