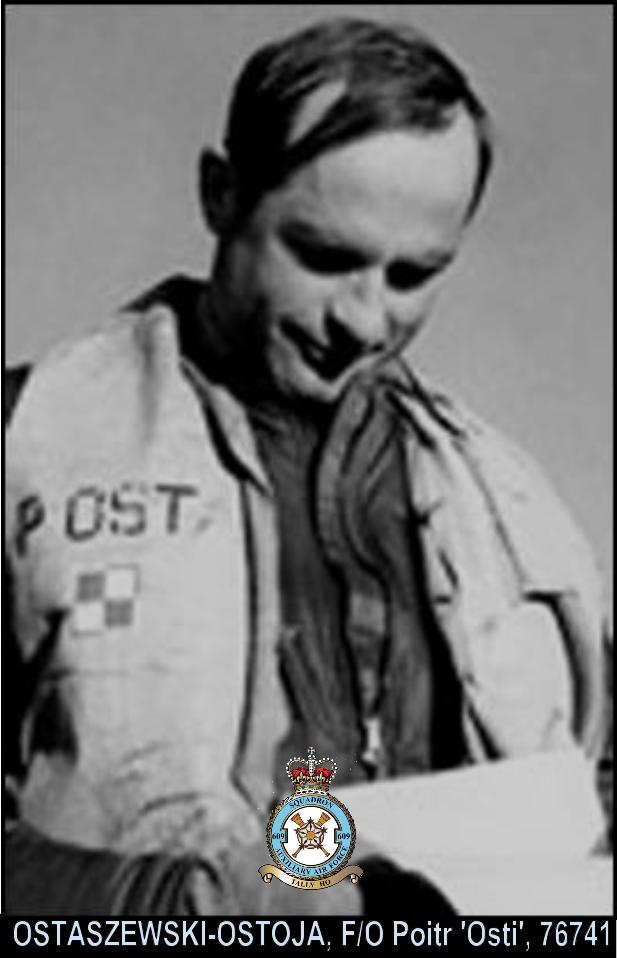 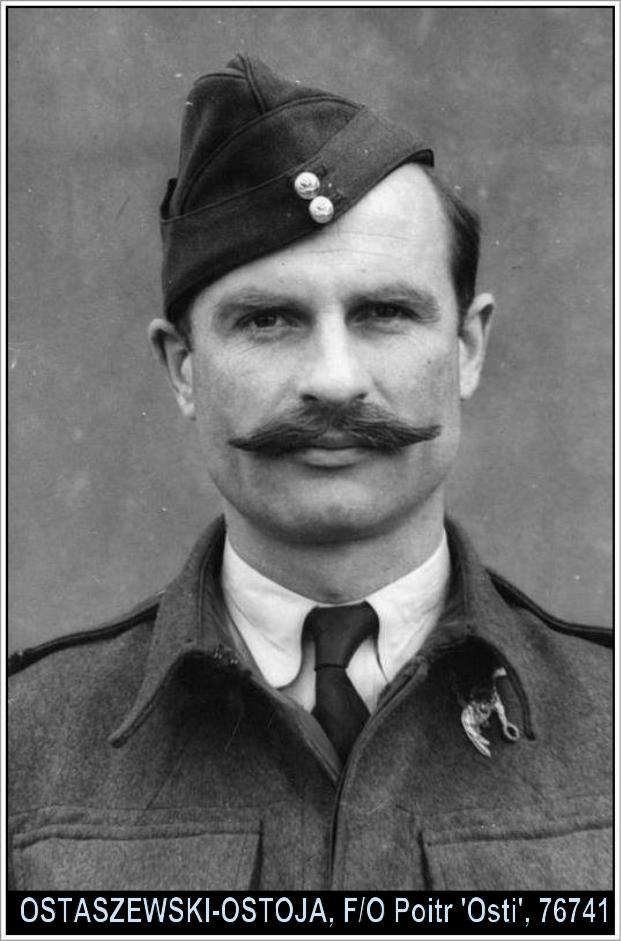 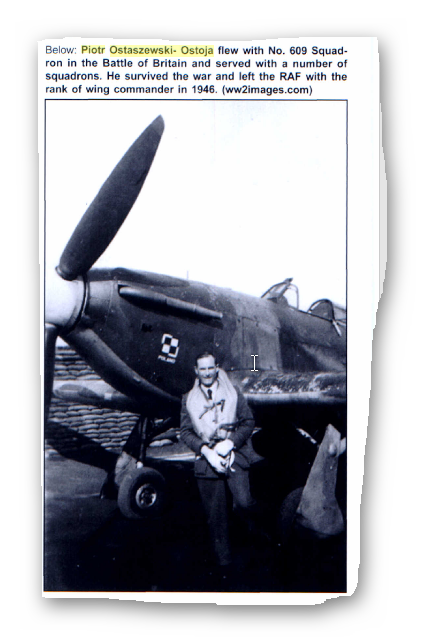 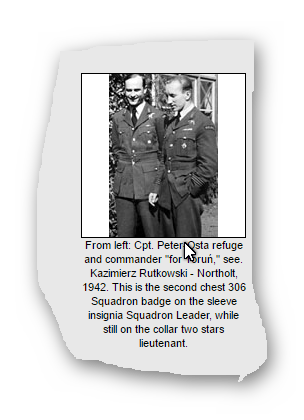 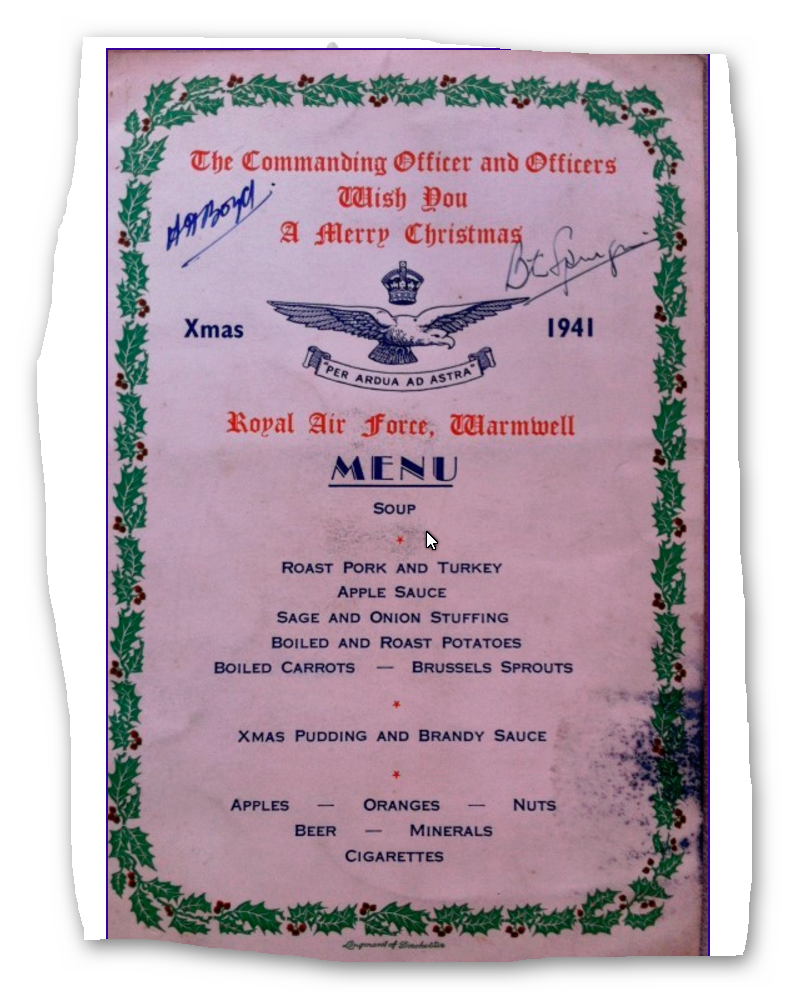 Piotr Ostaszewski-Ostoja was born on 19th May 1910. He arrived in England in late 1939 and was commissioned in the RAF in January 1940. After converting to Hurricanes at 5 OTU, Aston Down, he joined 609 Squadron at Middle Wallop on 5th August 1940. He claimed two Ju87's probably destroyed on the 13th and a Me110 destroyed two days later.

On 25th August Ostaszewski-Ostoja returned to Warmwell in Spitfire R6986, badly damaged by cannon fire from a Me110 engaged over Swanage. With flaps damaged, he overshot the runway and crashed through the boundary hedge, slightly wounded in one arm. He was awarded the KW (gazetted 1st February 1941).

A number of squadron postings followed; to 125 Squadron on 30th April, to 501 Squadron on 15th August and to 307 Squadron on 25th September. Ostaszewski-Ostoja was awarded a Bar to the KW (gazetted 30th December 1944). On 23rd April he was posted to HQ 12 Group as Ops Night, a Wing Commander post. After being attached to HQ 11 Group from 28th May 1945, Ostaszewski-Ostoja went to HQ 229 Group South-East Asia. He was with 78 Squadron from 12th December 1945 on transport duties. He was awarded a second Bar to the KW (gazetted 5th January 1946).

He returned to the UK in July 1946 and then served with 301 Squadron on transport work from 26th October until its disbandment on 10th December 1946. Ostaszewski-Ostoja was released at the end of the year as a Wing Commander. He settled in England and changed his name to Peter Raymond.

In the Squadrons field please remove the 303 Squadron without the date and please change 302 to 302 Squadron, cheers.
reply
post