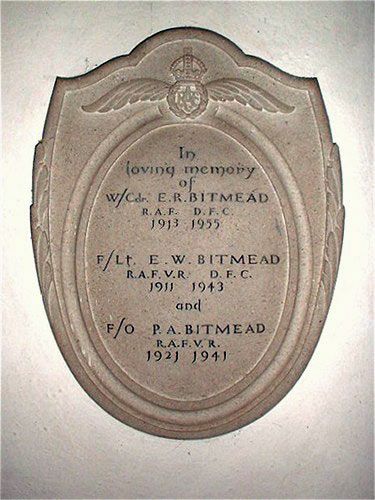 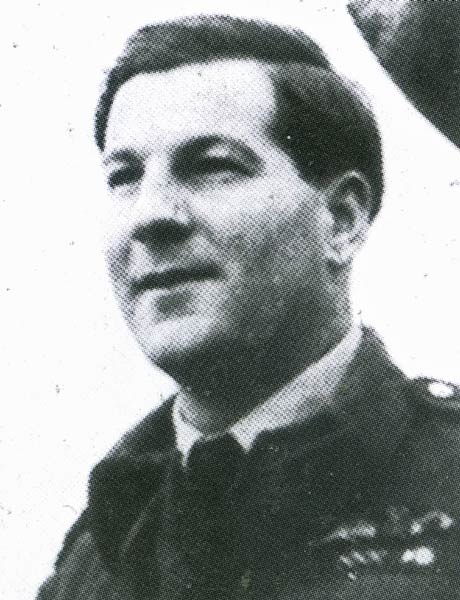 < = expand >
Ernest Ralph Bitmead was born in 1913 in Cholsey, Wallingford, Berkshire (now Oxfordshire). He joined the RAF on a short service commission in March 1934. On 3rd April he was posted to 5 FTS Sealand and on completion of his flying training Bitmead joined 54 Squadron at Hornchurch on 4th March 1935.

He went as an instructor to 6 FTS Netheravon on 5th November 1936 and on 16th July 1938 he was posted to 501 Squadron, Auxiliary Air Force at Filton as a member of the permanent staff. He was next posted to CFS Upavon on 9th January 1939 as an instructor.

In January 1941 he destroyed a Me109 and a Do215. In May, after an engagement over the Channel, his aircraft was damaged and he made a forced-landing in a field near East Grinstead. An insecure hood fractured the base of his skull. Bitmead was posted away from 611 and on 14th August 1941 was given command of 71 (Eagle) Squadron at North Weald. After a week, he felt that he was not fit enough and relinquished his command.

Bitmead was awarded the DFC (gazetted 21st November 1944) as an Acting Group Captain. He stayed on in the RAF and died of natural causes on 17th December 1955 whilst still serving. He was cremated at Headington Crematorium. Son of Ralph and Naomi Bitmead, of Cholsey, Berkshire.

His two brothers were also lost while serving with the RAF.

Fg Off P A Bitmead was killed on 16th November 1941 when Wellington II Z8355 'B' of 148 Squadron was shot down by flak whilst attacking Benghazi. He is commemorated on the Alamein Memorial - Column 241. Son of Ralph and Naomi Bitmead, of Cholsey, Berkshire.

Flt Lt. E W Bitmead was killed on 1st May 1943. His Spitfire Vc EE629 of 65 Squadron crashed into the sea off Land's End following an engine failure during a patrol. He attempted to bail out but the canopy jammed trapping him inside. He is commemorated on the Runnymede Memorial Panel Panel 119. Son of Ralph and Naomi Bitmead, of Wallingford, Berkshire; husband of Mary Wilson Bitmead, of Wallingford.

All three brothers are commemorated on a memorial in Cholsey Church.